Established in 1906, the Singapore Chinese Chamber of Commerce & Industry (SCCCI) is an internationally renowned business organisation and the apex body of the Chinese business community in Singapore. It is the founder of the biennial World Chinese Entrepreneurs Convention, a global business convention. It plays a key and pro-active role in representing the interests of the local business community. In its continued drive for service excellence, the SCCCI has become the first business chamber in the region to be awarded ISO 9001 certification since 1995. In 2018, the Chamber successfully upgraded its ISO certification to ISO 9001:2015.

The SCCCI has a membership network comprising 5,000 corporate members and has more than 160 trade association members, representing over 40,000 companies including large financial and business organisations, multinational corporations, government-linked companies, and small and medium enterprises from a wide spectrum of trades and industries. These members together provide vast resources and opportunities, which enable the SCCCI to develop an influential global Chinese business network for business, education, culture and community development. In return, they share a strong sense of pride and identity together and benefit immensely from the SCCCI’s membership services, facilities and activities.

The World Chinese Entrepreneurs Convention (WCEC) was first conceptualised and organised by the Singapore Chinese Chamber of Commerce & Industry (SCCCI) in 1991. SCCCI is among the three WCEC Founder Members. SCCCI has hosted the 1st and 11th WCEC in 1991 and 2011, respectively. In September 2017, SCCCI assumed the role of the WCEC Secretariat to oversee the WCEC related matters from 2017 to 2023. Its key priorities include promoting exchanges and cooperation between Chinese entrepreneurs around the world, as well as enhancing the WCEC branding through the adoption of new technologies. 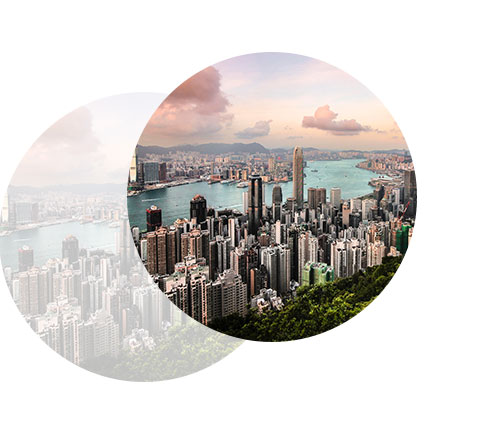 Founded in 1900, the Chinese General Chamber of Commerce (CGCC) is one of the oldest and largest such chambers in Hong Kong. CGCC aims to serve the community and, advancing with time, to maintain Hong Kong’s prosperity and stability, reaching out to the world with its roots in Hong Kong and backing from the Motherland.

Anchored in Hong Kong, CGCC strives to build a business, economic and trading platform and safeguard business interests. At present, it has a membership of nearly 6,000, comprising association, company, individual and affiliate members. With businesses covering a wide spectrum of industrial and commercial activities, CGCC’s members form a strong and broad business network.

CGCC always supports the HKSAR Government’s administration and maintains close liaison with its departments. It also actively participates in and expresses the views of the business community, particularly on policies affecting industry and commerce, speaking up for members and the business community through representatives of the Legislative Council, various government departments and other public institutions and business organizations. The “We Care We Share” campaign was initiated by CGCC, which also set up youth training programmes such as the “Internship and Exchange Program for Tertiary Students” and the “Young Astronaut Training Camp” in order to promote business community care in society and fulfill our corporate social responsibilities.

CGCC plays an active part in China’s ongoing development and reform measures and its steady opening-up to the world. A good number of our members are National People’s Congress deputies and Chinese People’s Political Consultative Conference National Committee members. They offer ideas and suggestions and their contributions are well recognized by national leaders. With a vision of building a “bringing-in and going-out” platform for the country, CGCC maintains close relations with commercial organizations across the border, as well as having initiated training programmes for senior officials and executives from the Mainland since 1982. In recent years, CGCC has made strenuous efforts to reinforce economic interaction between Hong Kong and major economic regions on the Mainland, with particular focus on the Pearl River and Yangtze River Deltas. Meanwhile, CGCC has made a timely response to encourage the Hong Kong business community to participate in the country’s strategies such as its free trade zones, “Belt and Road” initiative and development of the Guangdong-Hong Kong-Macau Greater Bay Area.

With globalization on the rise, CGCC endeavors to enhance Hong Kong’s economic ties with its neighboring economies and the rest of the world. It maintains a close connection with consuls and foreign chambers in Hong Kong, especially Overseas Chinese business associations, as well as actively participating in the World Chinese Entrepreneurs Convention. Through its extensive network, CGCC organizes a series of promotional events such as the Hong Kong Summit, overseas forums and study missions to showcase Hong Kong’s role as a business hub and financial centre and further strengthen economic cooperation between Hong Kong and East Asia.

Looking ahead, CGCC will continue to move with the times and fortify its network by fostering closer partnership with business organizations at home and abroad, with a view to promoting Hong Kong as a metropolis characterized by high efficiency and close ties with the global market. 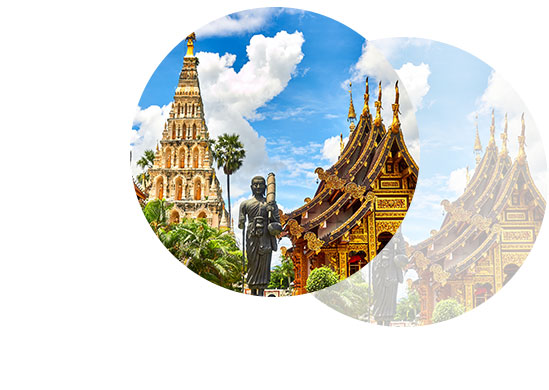 The Thai-Chinese Chamber of Commerce (formerly known as the “Sino-Siam Chamber of Commerce”) was established in 1910 during the 2nd year of Emperor Xuantong reign of Qing-Dynasty. Up to now, the Chamber has been over 100 years of its establishment. Through the concerted efforts of the past executive board members, the Chamber had relentlessly stepped into development and growth. As of today, the Chamber has become the most influential organization within the Thai-Chinese society (or the so-called “Sino-Thai community”). The main objectives of the Chamber, as clearly stated, are “harmony, collaborative efforts, and merit-making to benefit for the overseas Chinese people, and for the social progress and the national development.”

The Chamber has truly recognized the royal grace extended by the Royal families all the time. In 1930, His Majesty King Rama VII, together with Her Majesty Queen Rambhai Barni, presided over the opening ceremony of the Chamber’s new office which is located at South Sathorn road. In 1946, King Ananda Mahidol (or King Rama VIII) accompanied by his brother named Prince Bhumibol (or King Bhumibol Adulyadej later on) paid a visit to the Chamber and had lunch there after visiting China Town (Yaowarat Road) and Sampeng communities. In 2003, King Rama X, while assuming the position of Crown Prince Maha Vajiralongkorn, also paid a visit to the Chamber. It has been highly considered to be in memories of Chamber for the royal grace.

Since the establishment of diplomatic relations between Thailand and China in 1975, the Chamber has made their significant contributions, through fostering friendship of both countries, strengthening economic cooperation, and supporting cultural exchange. Such contributions have been acknowledged by both governments.

During the past decades, the Chamber was honored to welcome various leaders of Chinese government during their visits to Thailand. In case of the crucial incidents occurred in Thailand and China, the Chamber has made particular emphasis on serving with the assistance and support for Thai and Chinese communities.

In addition, the Chamber is also a member of the Joint Foreign Chambers of Commerce in Thailand (JFCCT). The JFCCT is a forum for exchanging views and facilitating business transaction as well as trade and investment in Thailand. The JFCCT has a regular meeting every month.

The Federation of Thai-Chinese Chamber of Commerce, including other 50 affiliated business associations, has been set up to cover a wide range of business activities in Thailand. The Federation holds the meeting every two months. The member business associations have agreed to host the meeting alternately. In the meantime, the high-level government officials, the academics, or the key persons are invited to speak on particular topics of interest during the meeting.

In 2020, the founding of the Chamber will celebrate on the 110th Anniversary under the administration of the 27th term of the Chamber Executive Board. This executive board has a high hope that the Chamber as the private sector organization will play a key role in promoting the international trade and facilitating for the Chinese entrepreneurs, especially Chinese SMEs, to invest in Thailand. The Chamber will also make its efforts to foster cordial ties between Thailand and China in every dimension. This is particularly the linkage of trade and investment through China’s Belt and Road Initiative (BRI) and Thailand’s Eastern Economic Corridor (EEC) strategy.

The COVID-19 pandemic has been spread around the world including Thailand since the end of 2019. In order to help relieve the incident for the Chinese people who have stayed in Wuhan, the Chamber has donated money for 15 million baht, through the Chinese Embassy in Thailand. Furthermore, the Chamber also provided the medical supplies and equipment in support for the working of the physicians, nurses and medical officers.

The Chamber has been considered as a big organization which has carried out many activities and has been recognized by the Thai-Chinese society. In this way, the Chamber has a clear stance with particular focus on making unity within the society, reinforcing economic development in the society, and promoting the active role of cultural exchange.

Over the past century, the Chamber was created by the historical incident. The former Chamber executive board members have performed their active roles, based on the principles associated with the vision laid down by the founders. These principles are to “Make royalty to the King and Royal Families”, “Abide by the law”, and “Make harmony & move forward”.

Amid the social development and transformation in each period, the Chamber has continued to focus on facilitating for Thai-Chinese and the overseas Chinese people. In so doing, it is based on the sustainable principle of the Thai-Chinese Chamber of Commerce.